WRC Arctic Rally Finland 2021’organizers are planning a race for survival. Headquartered in Rovaniemi, near the Arctic Circle, there are ten special stages that will cover more than 250 km. Almost Lapland Rally, the road stages were already used last month at the Arctic Rally of Lapland, but largely in the opposite direction. It will be the longest speed test and the limited daylight hours in the Arctic mean that the second round will be even harder in the dark. What other surprises of Arctic Rally Finland will make your hair stand on end?

On Saturday it includes a compact route clockwise southeast of Rovaniemi. Mustalampi 24.43 km, Kaihuavaara 19.91 km and Siikakama 27.68 km are cycled twice. Loops are divided by service and the second run through the final stage is in the dark. It adds up to 144.04 km of action. Sunday’s final consists of two runs from Aittajarvi 22.47 km south of Rovaniemi. The second visit counts as a Wolf Power Stage with bonus points in all categories. 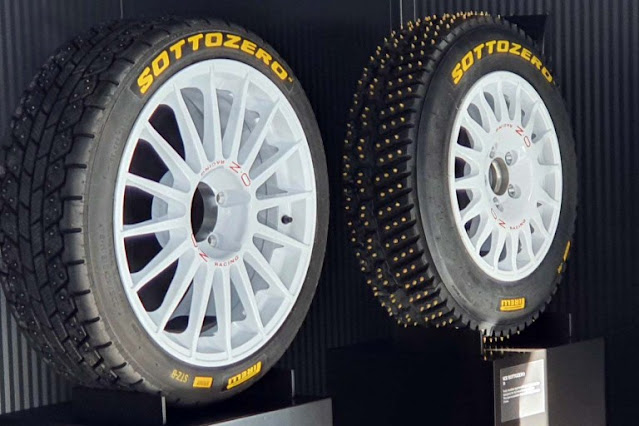 Arctic Rally Finland is a unique round in the 2021 WRC season and therefore requires special skills. Therefore, the configurations of the rally cars are based on the gravel, but due to the wintry conditions with special characteristics.
Weather conditions on the track are very delicate: the treacherous Arctic Rally has nothing to do with the Monte Carlo Rally. And this will affect the entire vehicle configuration: the absorber settings are optimized for spiked tires; engine cooling, rally brakes and hydraulics are also changing. Despite the tons of snow and the shortened stages, there is the possibility that some stages will be stopped by red flags. Rally drivers therefore have to attack from the first second, there is no time to make up for lost time with such a short run.

Rally Driver Testing. WRC Arctic Rally Finland means that drivers will have to pass an exam of rally racing skills, which is more like Bear Grylls adventures. Here’s what they will go through:

The long-term forecast predicts a temperature range of -6C to -14C, although it may fall to -20C at night.

Friday and Saturday of the Arctic Finland Rally is more than just a test of frost resistance, the second half of the day is scheduled to be during darkness. Hope that you are not afraid of it, because driving in tons of snow and lack of light is the idea to tickle the nerves.

It is hard to say what the more difficult conditions for rally racing are: rain or snow. But ice dust undoubtedly makes the problem bigger than the two previous ones combined. Formed in very low temperatures and with temperature differences, ice dust worsens visibility, especially for those who are in third place and lower down the list.
Arctic Rally Finland is not for rookie rally drivers. Snow conditions do not like newcomers to rally racing. Moreover, this is a completely new stage in the WRC calendar. All co-drivers have to adapt and write stenograms from scratch – not an easy task!

What happens if a rally car or the driver can’t cope with it?

Then we can’t avoid the consequence: the WRC Artic Rally FInland takes place without spectators: deserted terrain in the middle of deep snow. In case of an accident, the rally car can block the road, a quick evacuation is not possible. Such conditions cause us to prepare for red flags, which will probably stop some special stages.

WRC Kenya 2021 with the lions you will see, here is the wild game plan!

Rally Italia Sardegna 2022: What is on the agenda?

Rally Croatia 2022: Key storylines before we face the challenge in Zagreb