Why is Ferrari struggling in F1 these days?

Ferrari is the only team in F1 that has been there from the very beginning and they have almost always been a championship contender. This was true up to a certain point, but they have gone from being bonafide title challengers to essentially a mid-field team for now.  After the first three races of 2020, Ferrari is fifth in the championship which is one of its worst starts to a championship in decades. What is the reason behind this and why is Ferrari struggling in F1 these days? Many believe the problem started last year 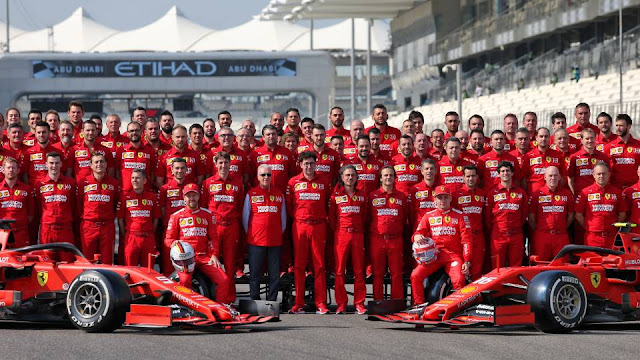 Who jinxed the greatest F1 team?

During the 2019 preseason, Ferrari was the car that looked the most dominant and they were the fastest car in a straight line. For the first time in the hybrid era, Mercedes looked out of sorts and scrambling for ideas. However, the overall driveability and the brilliance of Lewis Hamilton would trump Ferrari to the 2019 title especially as Ferrari drivers Charles Leclerc and Sebastian Vettel were busy squabblings among themselves. However, for those who followed the sport, the downward spiral of Ferrari started with one specific incident and that was the FIA’s investigation into their engine. Formula 1 is a very difficult sport in that way and teams can find it quite difficult to gain substantial grounds on other teams in a short period of time and yet Ferrari seemed to have done just that in 2019.

The investigation would come to an end in February of 2020 and Ferrari was acquitted of any wrongdoing. The puzzling thing though was that the exact details of the investigation were kept a secret. Ferrari argued that this was done so that their developments on the car would not become public knowledge that the others could exploit. The FIA maintained that they hadn’t found Ferrari guilty of anything. Yet, the other teams, especially teams that were rivals like Red Bull did not like how the investigation had ended. This seemed like the biggest talking point for the 2020 season until the pandemic came and changed the entire outlook of the sport.

Fast forward to the present day and Ferrari is in a position where they are considered fortunate if they can get both their cars beyond Q2 in qualifying and end up with a top 10 finish in the race. The details of the FIA investigation seemed destined to stay a secret until Ferrari team principal Mattia Binotto made the startling confession that Ferrari had indeed been using a higher fuel-flow rate than what was allowed, resulting in a very powerful engine. He did try to cover it up by saying that the regulations were unclear but rivals like Toto Wolff at Mercedes found that laughable.

Whether Ferrari did this knowingly or unknowingly is something we will never find out but the consequence of taking this route has been quite debilitating for them. As they had more power, they designed their aerodynamics to offer more downforce. This usually makes the car have more drag but the extra power from the engine compensated for that. Ever since the FIA’s investigation concluded, this extra power is no longer available but the car’s aerodynamics has just as much drag as before. The net result of this is that Ferrari is slow in the straights and slow in the corners as well.

We can stop here and say that FIA did jinx Scuderia Ferrari’s luck. But is it really so? No one disputes the problems with the car were took place, but as before, as 5 and 10 years ago. Moreover. we admit changes and developments are necessary parts of F1 team.

Open days that hadn’t been ending

Scuderia Ferrari is the most emotional team in F1 rear, compared to other teams. The vacant positions don’t be closing here. Immediately McLaren team comes to your mind. The reshuffle for 2 years ago, do you remember? Needs to say they’re all seem to have found their places. Red Ferrari’s situation is different.

Dive into the past

In September  2014 Luca di Montezemolo announced his departure as President of Ferrari. Marco Mattiacci did leave the Red team after Stefano Domenicali in 2015.

That year was the final brightest and most red for the Scuderia, cause no one win was in 2016, and the Ferrari F1 team took third place in the championship, behind Mercedes and Red Bull. Technical Director James Ellison left the team as Mattia Binotto took his place in 2016.

Maurizio Arrivabene didn’t hold his place, he left the post after shortly 5 years, handing over the board. To whom? That’s right, to Mattia Binotto. It’s fair to say that no matter how despotic Mr. Arrivabene was (as journalists said) but was handing over a more able team in the end of 2018.

And if you think that’s all settled down, indeed! We won’t go back to the past to the reshuffle of drivers in the Ferrari F1 Team again. But in the future, Scuderia F1 team will be headed by Antonello Coletta (Corriere della Sera).

Sebastian Vettel will be replaced by Carlos Sainz jr. And judging by the situation they’re already in full swing personnel changes with Enrico Cardile ahead. Ferrari F1 Team announced the restructuring of the technical department. Someone sent a curse, maybe one of the angry employees? One way or another here is more dissatisfying than joy.

The fact that the relationship between Ferrari F1 teammates is far from ideal today will not surprise anyone. The situation at Scuderia Ferrari is looking like a real pressure, being as an inside the race track as outside too. Always seems like someone is worse than others.

For example Mercedes F1 teammates Lewis Hamilton and Valteri Bottas have psychological pressure during the race, but after all, they shook hands. Red Bull isn’t a good example, but, the Ferrari F1 is far from both. S. Vettel appears to us a completely different person at the press conferences during this year: earlier he has an alive smile, but now German fortitude in red jumpsuit without name makes us know how much patience this champion has.

“S. Vettel’s contact was a terminate due to the coronavirus” sounded like yellow pages’ header. But it became clear C. Leclerc will be the main number in the following year. So, if C. Sainz was genuinely happy with these changes at first, F1 fans understood this luck isn’t so obvious. In all fairness, Leclerc needs a winning car for being Formula 1 world champion, but even so, if Ferrari F1 Team done vibrant decisions once, they will do the same with other driver next time.

Who did jinx  Ferrari F1 and how long for?

We can blame the Red car as much as like, grumbling on FIA regulations and even blame the engineers and mechanics or S. Vettel, but the problems in this team definitely started in the management and happened before 2019, earlier than 2018.
I’m sad to know that such the greatest team with amazing history in F1 is performing at the level in the past.

What can Ferrari do, you say?

They will have to abandon the present aerodynamics completely and develop something that offers less drag and is more suited to the actual power that their engine can develop. Of course, they need to change the management, the heads, and it’s not about hundreds of people dismissal. Is C. Leclerc or S. Vettel so bad? Mechanics and engineers of Ferrari F1, can you say that they have butter-fingers? No, but they’re bad in the team. And this is the most immediate and most important task for any chief, principal, boss.

One for all, and all for one, that’s it.

Austria F1 2021: Nerves are raw before the chequered flag