The F1 2021 calendar has changed and will change again throughout the all Formula 1 season. In search of the best logistical route and the lowest cost, we would see the unpredictable decisions.

CEO of Formula 1 Stefano Domenicali confirmed that the number of races scheduled for the season will remain unchanged, further confirmation, but not the last. In this way, Formula 1 revised F1 2021. It will begin a week later with the Bahrain Grand Prix on 28 March. The Formula 1 Australian Grand Prix will take place from 18 to 21 November.
The global pandemic has not yet brought life back to normal course, but a lot of time seems will pass before it returns. Although, the F1 2020 season has shown that Formula 1 is the first international sport with enormous experience to race safely.
There are still restrictions on travel to China. Chinese Grand Prix 2021 will not take place on its planned date. Imola will replace it on these dates.  Discussions with the promoter and authorities in China are ongoing, with the potential to race later in F1 2021 calendar if possible.

The TBC race on the calendar will be announced in due course and will take place on the new date of 2 May. As previously stated, Formula 1 expects the fans to return to the grandstands and exclusive Paddock Club for the 2021 season. How many fans are expected at the Grand Prix is debatable.

After a long wait for a response to the Canadian Grand Prix, Formula 1 has announced Turkey as a replacement for Canada in the 2021 F1 season.

Due to the pandemic situation in Great Britain, however, Turkey fell into the red zone, meaning that the majority of Formula One teams based in Great Britain would have to serve a two-week quarantine. Despite the fact that it is necessary to prepare for the French Grand Prix. The Baku GP refused to move the dates to 12 June. 14 May The FIA has decided to hold two races in Austria in a row, the race in Styria replaces the Turkish Grand Prix.

Officially, Singapore GP announced the cancellation of the race. Waiting for replacement and news from FIA official

Formula One has announced the return of the Turkish Grand Prix to the F1 calendar 2021. Istanbul Park will host the race weekend from 1 to 3 October, replacing the Singapore GP. This is not Turkey’s first attempt to return, Istanbul was supposed to replace the Canadian race – but it was quickly cancelled due to movement problems between Turkey and the UK.

The Japanese Grand Prix was also cancelled due to the Covid-19 pandemic in the country.

The FIA announced the reduction of the 2021 calendar from a planned 23 races to 22. Since the Japanese Grand Prix could not be replaced, it was decided to postpone the dates of the Grand Prix.

Qatar has repeatedly stated its willingness to accept Formula 1. Said, done: Qatar officially joins the 2021 Formula One calendar. This is what the remaining stages of one of the most intense battles for the world title looks like. 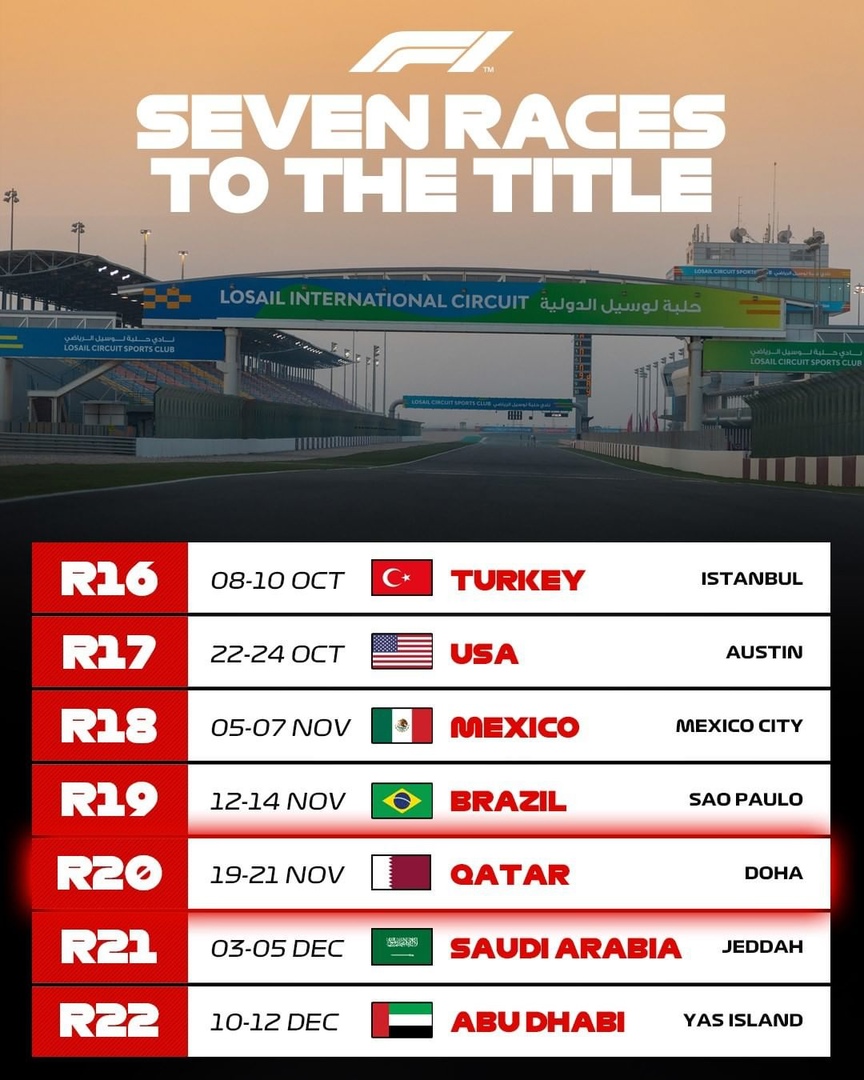 F1 no piercing rule: What is wrong with wearing jewellery in Formula 1?

Exploring The Impact Of New F1 Sporting Regulations For 2022

Why Did Valtteri Bottas Switch Mercedes To Alfa Romeo?